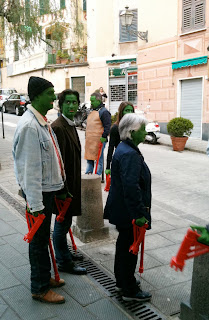 There was an outer space invasion in Bogliasco ITALY that got no news in the international press. The few that I saw assembled with their ray guns and swords ready to battle the local extras held back by a director's assistant.

NASA space photo of my farmland

Satellite Shows High Productivity from U.S. Corn Belt
and my dryland farm is much smaller than a pixel. 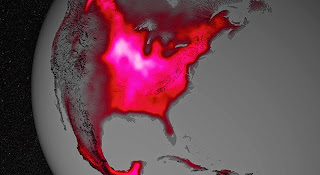 "Data from satellite sensors show that during the Northern Hemisphere's growing season, the Midwest region of the United States boasts more photosynthetic activity than any other spot on Earth, according to NASA and university scientists.

Healthy plants convert light to energy via photosynthesis, but chlorophyll also emits a fraction of absorbed light as a fluorescent glow that is invisible to the naked eye. The magnitude of the glow is an excellent indicator of the amount of photosynthesis, or gross productivity, of plants in a given region." more . . . I subscribe to NASA.

NEWS: I spoke to Brandon earlier today and he says the wheat survived the winter and he is planting the field peas now. My next call is to Scott to ask about my small grass-fed herd.
Posted by Steve at 6:55 PM No comments: Links to this post 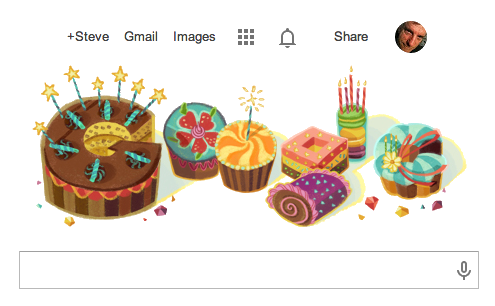 and family, so many friends, new acquaintances and Google send well wishes. 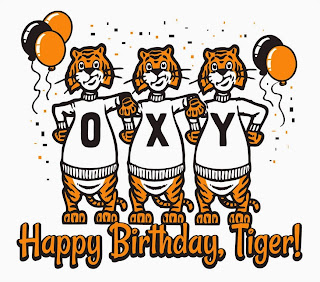 Thank you.
Posted by Steve at 10:18 AM No comments: Links to this post