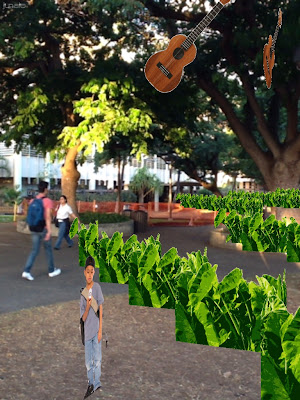 Work-in-Progress Report: Screen shot of a 'stand-in' avatar boy with cellphone in taro field on McCarthy Mall of UH Manoa campus. The goal is to include local spoken word artists as avatars in taro field. The visitor touching the avatar hears their poem. The Kamaka 'ukulele provides musical accompaniment.
Posted by Steve at 1:17 PM 1 comment: 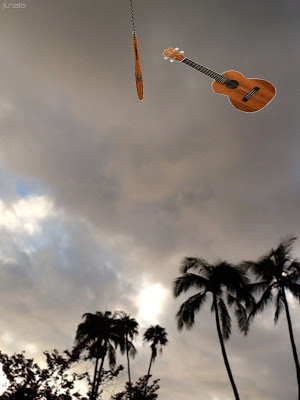 Work-in-Progress Report: Screen shot of 'ukulele in the sunset sky over the UH Manoa campus to be used as as an audio trigger component over the AR taro field in previous posting. The musical instrument image is derived from a Kamaka 'ukulele. Audio: stay tuned.
Posted by Steve at 2:07 PM No comments: 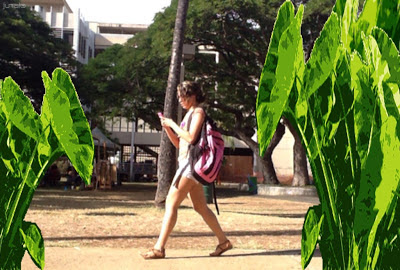 Work-in-Progress Report: Screen shot of a UH Manoa student texts on cellphone while walking through an augment reality restored taro field in McCarthy Mall. Next steps include a more pleasing integration of taro field. Hear is the base audio track for this view dawn_427a_Kiholo_20121024.mp3.
Posted by Steve at 3:45 PM No comments:

Aloha
Posted by Steve at 2:04 PM No comments:

Preview: This is a 2D export image sketch of a 3D taro field that I am contemplating as element in a Junaio AR art project for my Fall 2012 UH Manoa ART 401 "Advanced Electronic Arts Studio" guided by Peter Chamberlain. Taro was an important sustainable agricultural crop for the Hawaiians in the Manoa Valley before colonial encroachment.
Posted by Steve at 2:55 AM No comments:

Brian Ward pays the 'ukulele in Hokitika and I wanted him to have one of these aloha shirts that I recently purchased second hand from Goodwill. 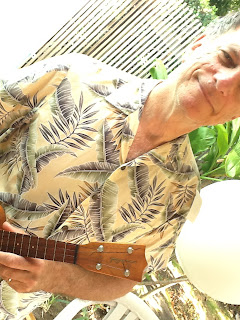 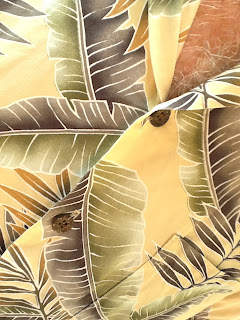 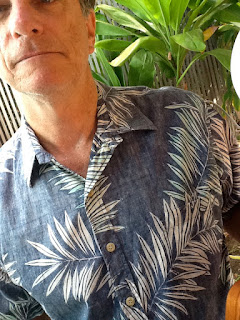 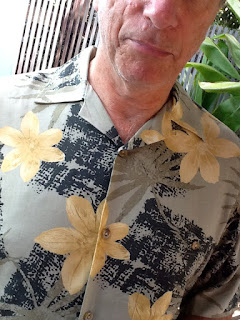 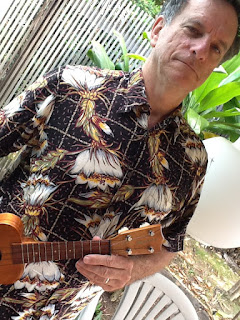 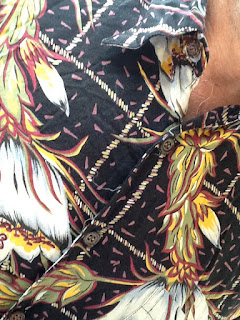 I am now a junaio Certified Developer and you can see my portfolio at stevebull.org/ar/
Posted by Steve at 3:13 PM No comments:

www.nasa.gov
Posted by Steve at 8:46 AM No comments: 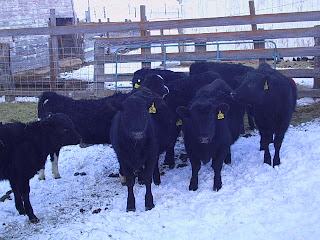 Earlier this year the calves were standing in snow. Here a camera phone on May 10, 2012 records this herd of thirty three grazing on a organic field of oats and peas. 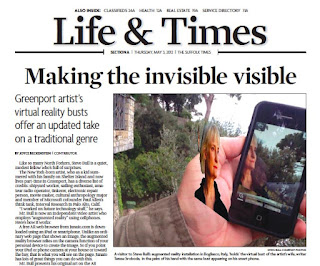 On May 3, 2012 The Suffolk Times published an article written Joyce Beckenstein on the 'inVisible Presence' installation. For the complete article as a .PDF file go to URL http://stevebull.org/PDF/inVisible_Presence_in_Suffolk_Times_20120503.pdf
Posted by Steve at 2:47 PM No comments: 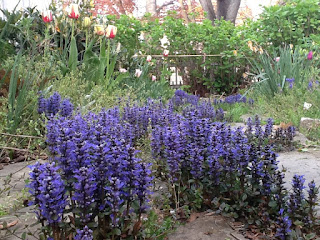 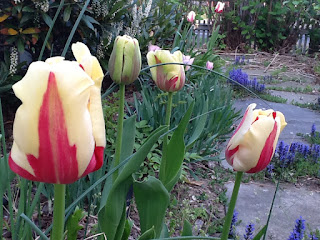 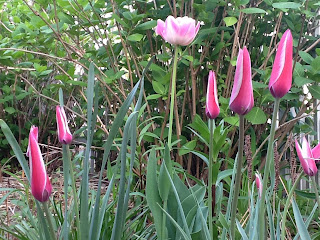 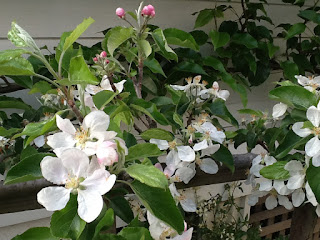 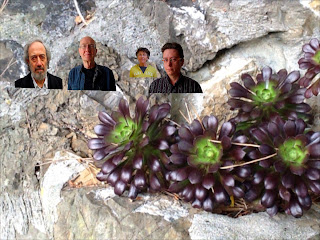 In this Junaio AR browser photo from the 'inVisible Presence' installation there are four virtual busts next to the close up of a plant from the Gazebo location in the garden of Villa dei Pini. The Bogliasco Fellows from left to right are Flavio Ermini, James Schmidt, Veronica Branca-Masa and Marco Cappelletti. The busts will vary in relative size on every AR viewing.
Posted by Steve at 10:59 AM No comments: 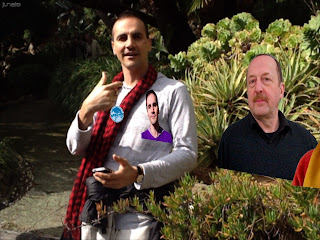 Benedetto Sicca visiting the opening of inVisible Presence finds his bust among the Panoramic Aloes of the gardens of Villa dei Pini. In this photo the bust appears to be a logo on his shirt. Sicca is a playwright, director and actor, and a Bogliasco Fellow in 2011. One of his productions is Principe Jorgos.
Posted by Steve at 11:20 AM 1 comment:

The Bogliasco Foundation
is happy to invite you to participate

Programmed for the XIV Settimana della Cultura,
by the Ministero per i Beni e le Attivitá Culturali
Press release
Map and Summary
Posted by Steve at 2:47 PM No comments:

Curated by the Ministero per i beni e le Attivitá Culturali.

"Augmented Reality Busts in the garden of Villa dei Pini"

On the occasion of the celebration of the 15th year of activity of the Liguria Study Center for the Arts and Humanities, the Bogliasco Foundation will open the Villa dei Pini's eighteenth century garden to the public. Located close to the Via Aurelia, which follows the track of the ancient Roman road to the town of Ventimiglia and France, the Genoese style garden features paths with breathtaking views of the Mediterranean from a cliff which goes down to a steep rocky seaside. Since its inaugural year, the Linguria Study Center's garden has hosted strange and stimulating encounters, being a location for both meditation and creativity.

inVisible Presence - Augmented Reality Busts, the installation by Steve Bull, explores the unusual intersection between sculpture in public places and the most modern digital technologies. It will guide the public down the garden path to stop in search of inVisible Presence. These presences will be seen only on the screens of the visitors' smart phones or iPads, showing the busts of academics, artists, writers, novelists, choreographers and professors, composers and architects from all over the world. These busts will talk to the visitors about their projects at the Study Center. While literally geo-localized, these traces or presences are superimposed on the reality of the garden, memorializing research work or artistic endeavour that occurred at the Villa dei Pini.

The protagonists of this “encounter hunting” are the visitors themselves, who are invited to explore the garden and interact with it.

The technology used in inVisible Presence overturns the celebratory and "irremovable” aspect of the traditional bust, not only by making the traces of the presences fluid, but also by adding new information that should stimulate (im)probable discussions and encounters.

To this extent, Steve Bull participates in the contemporary debate about virtual experiments with augmented reality, a technology which enriches our perceptions by electronically addressing information which is not available otherwise to our five senses. He does this by taking an ancient expression of individuality, the bust, and putting it in a traditional location, a garden. By allowing the busts to talk and to be both visible and invisible, he invites the visitors to consider the social impact of virtual reality and the its creative potentialities, both popular and emotional.

The scope of inVisible Presence is to create a network of conversational interferences which can transmit us beyond our culture, the living and lived, the speaking and spoken. It creates a lively experimental laboratory in a micro-political environment of confrontation, discussion and cultural cooperation. 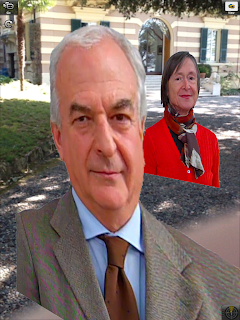 Here is a work-in-progress screen grab from my iPad2. First, I acquire latitude and longitude coordinates from Google maps to postion Pasquale Pesce and Marina Harrison in front of the main entrance to the Villa dei Pini. Afterwards I walk around the site viewing the results. In technical rehearsals next week I plan to make corrections to the busts' orientation that will alter the keystone visual effect the next time a visitor views from this postion.
Posted by Steve at 3:53 AM No comments: 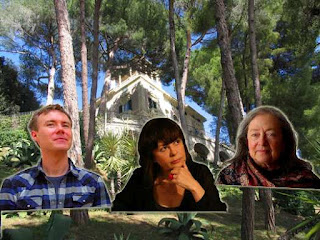 I am installing thirty-eight virtual AR busts in the garden of the Villa dei Pini by a commission celebrating the 15th year of the Bogliasco Foundation. The current fellows that you see as busts in this photo (L to R) are Arni Ingolfsson, Ersi Sotiropoulos and Judith Wechsler. My next several posts are dedicated to my installation process.
Posted by Steve at 9:58 AM No comments: 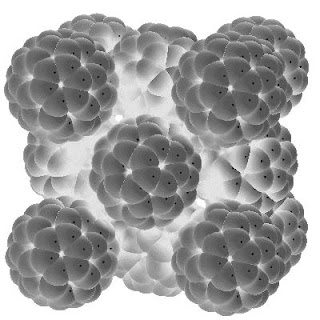 A: A dent in the hull and minor deflection from course.

"Astronomers using data from NASA's Spitzer Space Telescope have, for the first time, discovered buckyballs in a solid form in space. Prior to this discovery, the microscopic carbon spheres had been found only in gas form in the cosmos."
- NASA's Spitzer Finds Solid Buckyballs in Space
Posted by Steve at 11:37 AM No comments:

The NYTimes article Tracking How the World Guzzles Water
By JOANNA M. FOSTER interests me because I have two half sections that are dry land farmed near Grant, Nebraska. 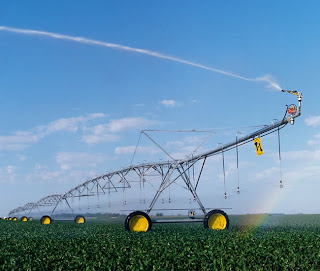 The sprayers under the pivot boom are positioned above the final crop head height. These sprayers are a recent innovation delivering moisture closer the ground. The pivot irrigation practice in western Nebraska requires significant amounts of water pumped from the Ogallala Aquifer that is nominally threatened by the Keystone XL Pipeline.
Posted by Steve at 2:03 PM No comments: 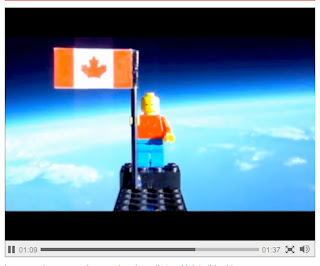 "Two Canadian teenagers have sent a Lego man into the outer reaches of the Earth's atmosphere using a home-stitched parachute and equipment found on Craigslist." reported by Shiv Malik, guardian.co.uk, Thursday 26 January 2012 11.17 EST Full article with video
Posted by Steve at 10:28 PM No comments: 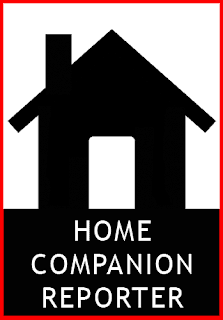 Home Companion Reporter is a work in progress and this the current iPhone logo and mission statement.
Posted by Steve at 7:02 PM No comments: 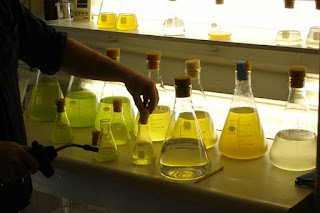 This lecture addresses everything you know about algae but were afraid to ask. Learn about the good the bad and the ugly algae species and find out why this critical base of the marine food chain affects shellfish from birth to death.
Date/Time: Thursday, 1/19/2012 6-8pm, and again Friday, 1/20/2012 2-4pm
Where: Cornell Marine Center, 3690 Cedar Beach Road, Southold NY


Makes me :)
youtube.com/watch?v=Nrp1PALeWCI
Posted by Steve at 8:31 PM No comments: